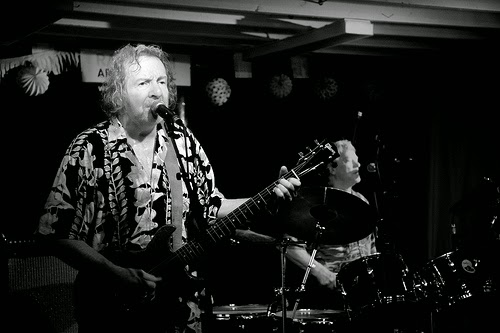 “Man from Nashville Was to Blame”

The repeat of a recent music programme on TG4 called ‘The Session’ featured a very well- known Dublin musician, based in Nashville, named Philip Donnelly. He was a member of a group called ‘The Fleadh Cowboys’. The programme was first aired in 1987. Why I mention it here is that I remember Philip being in Boyle and involved in an impromptu session in the Ceili House Bar and a tail in the story of that session.

Philip was visiting Lough Key and Boyle on a Easter Holiday weekend in 1984 along with a musician friend who was a prominent legal eagle i.e. a barrister who was also a top class musician.

Apparently the humour was on them to initiate a music session. This was encouraged and facilitated by Sean O’Dowd. By facilitated I mean the provision of venue, sound equipment and whatever instruments were needed. The venue was The Ceili House Bar now Londis on the Crescent, Boyle. It was a lovely Sunday evening and all descended on the Ceili House and what we’ll call ‘a mighty session’ ensued. Even in the pre-mobile days word spread and a packed house were happy out with this bonus session of quality. Like many bars the Ceili House had a regular clientele, a kind of a club following for traditional music and many a great session took place there.

This Philip Donnelly led music extravaganza was one of the most memorable of these occasions.. Official closing time for bars on Sunday nights then was 10 pm! It was an era when bars being open ‘after hours’ and trying-often poorly-to disguise this was part of the scene and I imagine is part of the folklore of the time. I am sure that the Gardaí did not have much difficulty on occasion in seeing who was in breach of the closing time and it was pretty impossible to disguise the sound Philip and his acolytes produced.

All the musicians, revellers and proprietors would just be hoping that the law of chance would be in their favour on this occasion. It wasn’t. So at around 11.00 pm the authoritive knock came with the salute ‘Guards on duty’. The heads dropped, the decibel level dived and as one person relayed it later, it was like ‘The Wall Street Crash’. The barman on duty opened the front door. A Garda sergeant and two Gardaí entered as the bar-room exhaled its smoke filled heated air to the street outside. Even the most imaginative bar person could not disguise the legal breach. There was no point in going to the menu of wedding, birthday, funeral, going away party, excuses. It was just a full on breach though they would have grumbled that by not being very much over the time the call was a bit severe.

In any event it was most likely that the hour would have been stretched to the limit anyway such was the atmosphere of the occasion. The black books were out and the names of ‘the ons’ were being entered for the record and their day in court if they wished to be present. A Garda approached Mister Donnelly who was casting a cold eye on proceedings from the congested stage.

‘What’s your name?’ to which he answered ‘Phil Donnelly’. ‘Address?’ asked the Garda. Then came a long number followed by an American Avenue title, Nashville, Tennessee, U.S of A. The Garda was a bit put out by this long and distant address and enquired if ‘Phil’ had any ‘home address’ which would have simplified things for the black book I imagine. Phil did not oblige as that was his address at the time.
Sometime later the notices of our date with the justice were distributed like voting cards with one house being the repository of a good share of same for the ‘ons’.
Those of us who wished to attend and have their day or part of a day in court did so, some weeks later. The process was more psychological than penal.

Epilogue
The Roscommon Herald gave the Court proceedings some  coverage in the following week’s edition under the headline ‘”Man from Nashville Was to Blame”. The sergeant in charge said that “The licensee had no excuse and all those present gave the excuse that this man from Nashville was a great musician”. Mr. Tom Callan Sol. Defending explained that ‘Being Easter Sunday evening the place was thronged with visitors and the people got carried away with this famous musician”. One of the Gardaí very generously acknowledged that “Most of those on the premises were about to leave”. Fines of £5 and £3 were imposed. Why the distinction is not obvious.

Philip Donnelly was made aware of his Roscommon Herald headline and a copy was forwarded to him. He framed it and for some time afterwards it got prominence in a Nashville Bar he played in.
The night deserved the recognition.

Boyle Seniors lose out to Castlerea
Boyle went down to a somewhat better Castlerea performance, on the day, in the first game of five in the senior championship. It was just an awful day for games and a number of games elsewhere were called postponed because of the weather. One has to acknowledge and credit the efforts of all those who participated but question the wisdom of the game going ahead in the conditions. The team’s next game is against Elphin at the end of the month in Boyle.

Boyle Juniors on Friday Evening
Boyle juniors play their fifth game on Friday evening versus St. Faithleach’s in Boyle at 7.45. This is in the Championship at 7.45. Last week I said the team had won all four of their league games when in fact they had won three, losing their initial game to ST. Aidan’s. In doing that I broke one of my own rules of ‘if in doubt leave it out’. There are seven game in this Junior ‘B’ Championship and with the structure of the Senior C’Ship, with five games, resources will be stretched.

Boyle Ladies Game
The Green Street Veterinary sponsored Ladies play St. Mary's this Sunday 17th May @ 4pm in Tulsk in their next league game. Please come out and support the girls.

Champions League
The Champions League has been the star television series of the winter/ spring, at least for me. The cream has also come to the top. Bayern Munich who looked invincible last year lost out to a dazzling Barcelona last night by the aggregate score of Barcelona 5 Bayern Munich 3. The first leg score of 3 goals to 0 was too much for Bayern plus the absence of stars Robben and Ribery. The forward trio of Messi, Neymar and Suarez have been brilliant for Barca. Eamonn Sweeney in the Sunday Independent’s Hold the Back Page has been gushing praise on Messi in particular describing his two goals in the first leg with “Moments like this are balm for the soul and inspiration for the spirit….they represent football in its truest sense”. Tonight, Wednesday, it is Juventus versus Real Madrid in Madrid with Juve leading by 2 goals to 1. The final could still be an all-Spanish affair, like last year, with the Barca v Real rivalry a Champions League Final game to really look forward to. The venue is Berlin. A Juve v Barca final would raise the prospect of Suarez meeting up against Chiellini and Evra. He has history with both of these players.
The only defence that could possibly trouble the Barca trio is Tyrone.

Claremorris Memory Anecdote
Being at a wedding in Claremorris last week-end reminded me of an incident on a journey to a Connacht Final in Castlebar in the early sixties. We went by ‘hackney’ car. I was a gasun (gossoon/garcon) serving my time amongst a number of veterans. The old hackney car had seen better days and as the Johnny Keaveney of Boyle story goes when asked if his exhaust-smoking lorry was hard on oil he replied ‘It would be if it got it’. Our car was on a petrol ration on this occasion and just made it to Claremorris and was coughing and kicking as we encouraged it towards a street petrol pump in the distance. A man stood in the doorway reviewing our approach with the troubled vehicle. The car was eventually berthed alongside the petrol pump. The driver got out and approached the man in the doorway who enquired of our driver “Is it turf or sticks ya want?’

Posted by realboyle.com at 1:26 AM