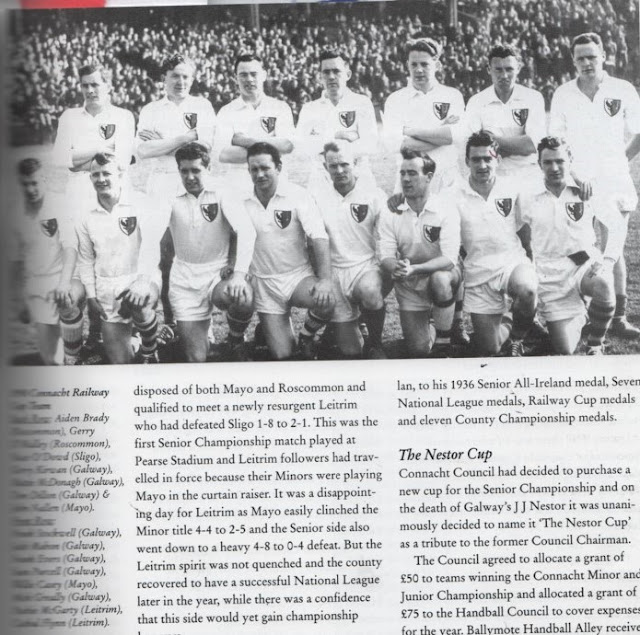 It was with sadness that I, a Roscommon man, heard of the passing of Leitrim’s greatest Gaelic footballer, Packie McGarty at the age of 88. I feel that it would be very difficult for young people today to understand what icons like Packie meant to a county then. His decade, in the main, was the fifties when each of the five Connacht counties had their most distinctive and arguably greatest football heroes. Galway had Purcell and Stockwell, Sligo had Naas O Dowd, eclipsed later by Mickey Kearins; Mayo had any number of great players such as Paraic Carney, ‘Big’ Tom Langan and so on; Roscommon had Gerry O’Malley and Leitrim had McGarty and Flynn.

From Mohill, McGarty showed his potential early and began to represent the county at the age of sixteen playing senior before he played minor, legend has it.  Due to the circumstances of birth, his was not a career endowed with success and medals but one of relentless striving to get to the upper levels of the hill. It required a deep well of optimism that the next game, the next challenge, might be the one that succeeds.

(We did see it in 1995 when with a dam-burst of emotion Leitrim finally won a Connacht title again and played in an All-Ireland Semi-Final at Croke Park.)

Leitrim in the fifties had a fine team led by McGarty and Flynn when they lost three Connacht finals in a row to Connacht kingpins Galway and in 1958 in St. Coman’s Park, Roscommon, they came within a whisker of making the breakthrough with McGarty having the game of a hero. Leitrim and especially McGarty’s failure to get Leitrim over the line that day, which I as  a boy witnessed, gave little joy to his opponents Purcell and Stockwell.

McGarty and teammates continued to toil in the Leitrim colours through the sixties, always with hope in their hearts and McGarty their model and inspiration. It is a benchmark of that era that a county’s finest sporting idol had to immigrate to labour in England being unable to acquire any meaningful work at home. Galway top brass tried to get him to play with Galway and guaranteed a decent job for him, it is said, in the sugar factory in Tuam. However his loyalty to his home county in that respect trumped all.

There was one stage though where all of us Connacht people could unite and shout for Purcell, Mayo’s Edward Moriarty from Boyle; O’Dowd from Sligo; O’Malley from Roscommon and of course McGarty. That was in the Railway Cup competition between the provinces.

Connacht could hold its own and sometimes better on St. Patrick’s Day and crowds would be there from the west to support in unison. I imagine Packie must have revelled in the company of the other Connacht giants like Purcell and O’Malley as the province won in ’57 and ’58. He came to the team in ’54 and continued until ’67. He was a notable absentee in ’59, ’60, and 1961 probably in England then.

So I feel that there will be much reflection in Leitrim and with the Leitrim diaspora in far flung cities like New York especially where he also played. Reflection and some tears too, especially amongst senior people who saw him strive against all the odds with skill, tenacity, style and enduring courage realising that fate was not at his back. His memory will live long throughout the proud county of Leitrim. Packie McGarty was a special sportsman whose reward will be in a fairer place. 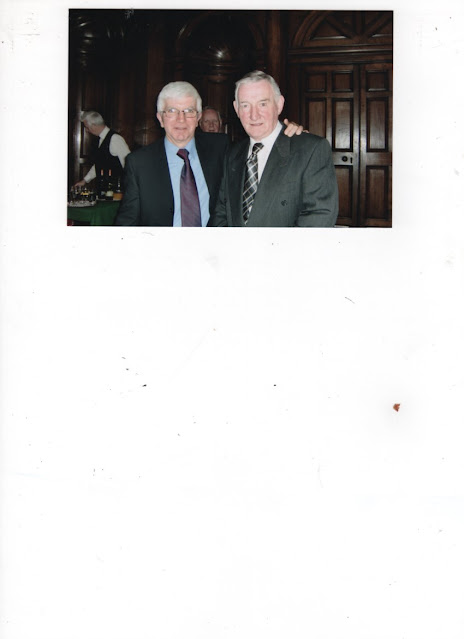 Posted by realboyle.com at 12:42 AM No comments: