Smash and Grab at Taylors Jewellers 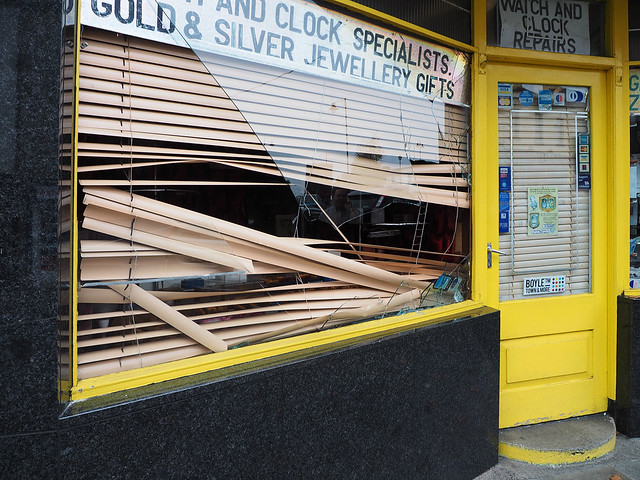 Taylors Jewellers were victims of a Smash and Grab raid before 4am this morning. A thief or thieves broke a shop window and stole several thousand euros worth of gold rings, chains and some watches. They did not enter the premises, and left a hammer on the ground afterwards. Garda investigations are underway. CCTV cameras were in operation at the time.
Please contact Boyle Gardaí if you noticed anything suspicious in the area last night by calling 071 966 4620

The Roscommon/South Leitrim by-election has been set for Friday October 10th. The person elected will fill the seat vacated by Luke 'Ming' Flanagan 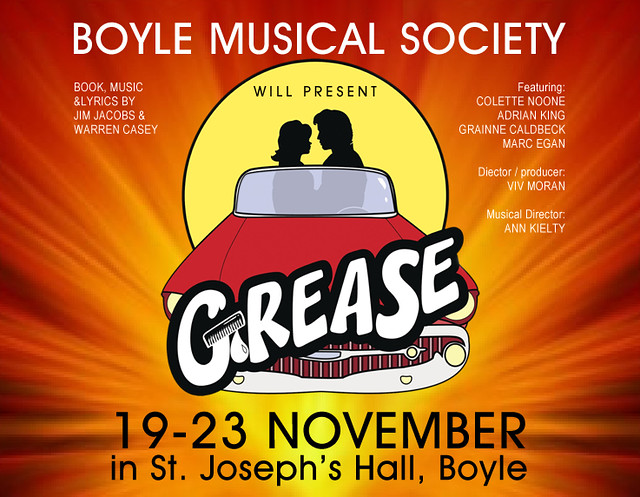 Boyle Musical Society are delighted to announce that all the principal parts have now been cast for their forthcoming November production of 'Grease'.
Adrian King will play Leading man, Danny
Colette Noone will play Leading lady, Sandy
Marc Egan will play the part of Kenicke
Grainne Caldbeck will play the part of Rizzo
Ceara Conlon will play as Marti : Robert Reid will play as Roger : Darragh Beirne will play Doody and newcomer to BMS, Tracey Gunning will play Jan.
Edel Dwyer will play as Frenchie : Conor Durkin the character Sonny : Gavin Wardwill take on the role of Eugene and Kayleigh Geoghegan will play Cha-Cha andBrendan Reid Teen Angel
There are still a few more parts to be cast and we will keep you updated over the coming days. 'Grease' will open on Wednesday November 19th and continue until Sunday November 23rd. 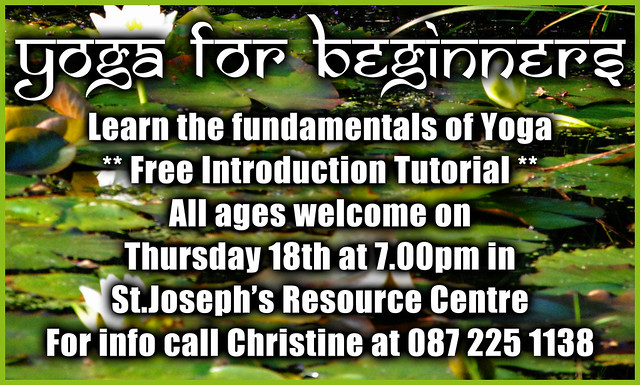 The death has occurred of Jim (Jimmy Barry) Corrigan, Drumderrig Nursing Home, Boyle and formerly of Marian Road, Boyle. Reposing at Mahon’s Funeral Home, Boyle on Saturday from 3.30pm until 5.30pm with removal arriving to St. Joseph’s church, Boyle at 6.15pm. Mass of Christian Burial on Monday 11am. Funeral afterwards to Assylinn cemetery.