Boyle Celtic on Song
The progress of Boyle Celtic and the offshoots from it is the lighter story of these spring days. While the GAA has owned this idea of the local place/parish coming from nowhere and ending up in Croke Park on St. Patrick’s Day and the journey entailed in that, catching the attention of a much wider constituency, happening nearly every year, this is first time that this seems to have happened in amateur soccer in this region.
The FAI Jnr. (Soccer) Cup semi-final on Sunday the 9th Boyle Celtic v Evergreen Utd. of Kilkenny will be Boyle’s 9th game in that odyssey with 3 of the last four rounds being away to Carrick on Suir, Ballina and Erris of Mayo. The earlier games against Moore, Cloonfad, Shiven Rvrs., Ballaghaderreen, have receded into the twilight but the win over Ballina in the dramatic fashion of a penalty shoot-out was the beginning of the awareness of something special being in train. Their victory over VEC Terenure of Dublin in the first ‘big’ game at home drew a major crowd to Celtic Park. The comfortable victory in that game suggested real possibilities but drawing former winners Carrick Utd from South Tipperary looked intimidating. The first tangible vein of local support being awakened was the response to the financial appeal by Colm Duignan StrongLife Gym to support the club for the trip to Carrick. The drama of that game has been well documented. It was 2 to 1 in favour of Boyle in extra time for Carrick to level at the death. It was 3 to 1 in the penalty shoot-out after extra time but ended 3 all and into sudden death for Boyle to succeed as they did against Ballina by the aggregate of 6 penalties to 5 and thus qualify for the semi-final, one major step away from the Aviva final.
Boyle came up lucky in the draw with a deserved ‘home’ fixture against Evergreen Utd of Kilkenny. A debate developed regarding venue and eventually it settled on being set for the mother ship of Sligo Rovers ground ‘The Showgrounds’  on Sunday April 9th at 3.
In the background of this particular campaign there are other competitions in train with the team involved. Because of the run of 8 games in the Jnr. Cup it meant that the backlog of games in the local domestic league, which Boyle have won twice in recent years, have stacked up and will now require mid-week fixtures to deal with. This will stretch the limited resources and heighten the danger of squad erosion through injury. The local Sligo/Leitrim league and the Jnr. Cup are not the only fronts on which the team are engaged as by virtue of their Jnr. success they have qualified for the preliminary round of the FAI Senior Cup and have been drawn to play Killarney away on the May Bank Holiday week-end. Also there is the matter of the Connacht Cup which Boyle have done well in a number of times and feel that they should do particularly well this year having disposed of Ballymoe just last Sunday to get to the last 16. So these are the four competitions and it is impossible to relegate any of them in terms of significance. There is a danger of course in fighting on four fronts that what at the moment might look like a very fruitful season, just now, could all unravel. 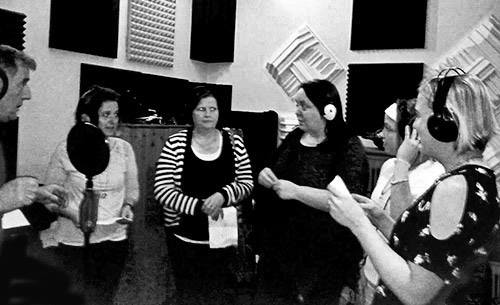 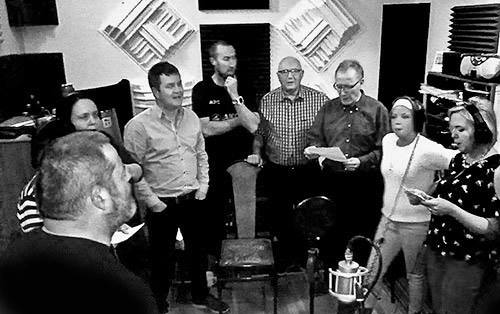 The atmosphere surrounding the game is certain to crank up over the next week and Club supporters have come on board with their varied talents to mark the team’s journey. The most innovative way this is being done is with the production and ‘release’ of The Boyle Celtic Song written by Boyle singer/songwriter Donie O’Connor. The many people who are aware of Donie’s talent will anticipate a quality song and they should not be disappointed. Donie has engaged the large talents of his cousin Kevin Hickey to sing the song. Kevin as a singer is akin to Rob Strong in the film ‘The Commitments’ and delivers a textured anthem with clarity and feeling. And irrespective of the subject it is an impressive presentation. Perhaps luckily Donie did not ask the team to sing the song as often happens with these productions but he has assembled an impressive local backing group of male and female singers which produce a full sound, that, in its chorus, is a worthy call to the field of battle as it used to be called in old match reports. The song was produced in the Longford studio of Paul Gurney last week and will be in Boyle shops, pubs and other outlets from Friday priced at €5. Indeed it is to be heard on various media outlets now and can be ‘downloaded’ from the likes of iTunes, Spotify and Amazon, I am told, in case anyone thinks I have become a techno nerd. On Tuesday it nudged Ed Sheeran back down the download charts by becoming number one in that particular download listing. So Kevin has made it to number one by a circuitous route. As the saying goes what is meant for you doesn’t pass you by.

The Match Programme
The second string to the bow of background promotion and reflection is a match programme being published by Purcell Print where the proprietor is Martin Purcell father of Celtic powerhouse Sean. This will be another collector’s item recording the present campaign while reflecting on the Club’s past and those for whom Celtic has been a reservoir of emotion through the years.
So it is not just the team and the small core of loyal club officers and supporters who are invited to be part of this special time for Boyle Celtic but the Community of Boyle. And since there are panel members from Ballinameen, Ballymote, Sligo, Highwood, Carrick-on-Shannon, Ballaghaderreen with team manager Darren Hurd formerly of London town now living in Charlestown and with the team representing their Sligo-Leitrim League the circle of interest extends to a very wide constituency indeed. I am sure that will be evidenced by the crowd which is expected in ‘The Showgrounds’ on Sunday the 9th. So we look forward to that and enjoy the buzz of anticipation created by a special team’s journey.

This poem of Wordsworth is probably the most popular poem in the English language and since it is the season of daffodils I thought I might remind my readers of it here.

I wandered lonely as a cloud
That floats on high o’er vales and hills,
When all at once I saw a crowd,
A host, of golden daffodils;
Beside the lake, beneath the trees,
Fluttering and dancing in the breeze.

Continuous as the stars that shine
And twinkle on the Milky Way,
They stretched in never-ending line
Along the margin of a bay:
Ten thousand saw I at a glance,
Tossing their heads in sprightly dance.

The waves beside them danced, but they
Out-did the sparkling waves in glee:
A Poet could not but be gay,
In such a jocund company:
I gazed—and gazed—but little thought
What wealth the show to me had brought:

For oft, when on my couch I lie
In vacant or in pensive mood,
They flash upon that inward eye
Which is the bliss of solitude;
And then my heart with pleasure fills,
And dances with the daffodils.

*A Historic Day/Event
I am very aware as I submit the above notes that a historic if hardly credible event is taking place with the U.K. initiating the Brexit motion. Its implications are manifold and all of them seem ominous. It is a disaster and as the nursery rhyme suggests ‘All the Kings/Queens horses and all the Queen’s men cannot put humpty dumpty together again’.
Sad, hugely sad and worrying. Quo Vadis now? No one knows.

Posted by realboyle.com at 1:36 PM